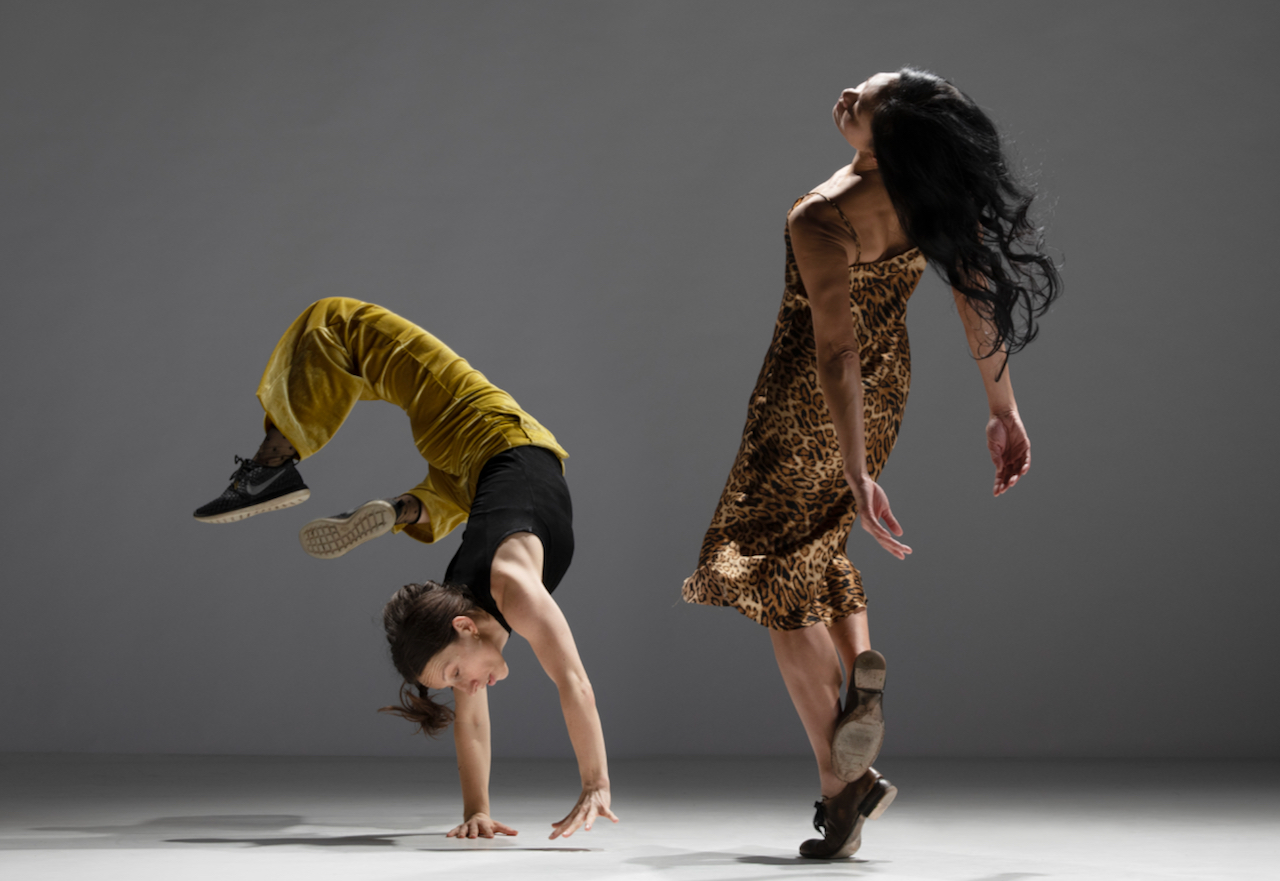 The activities of Dumb Instrument Dance take place on the unceded and ancestral territories of the xʷməθkʷəy̓əm (Musqueam), Skwxwú7mesh (Squamish), and səlil̓ilw̓ətaʔɬ (Tsleil-Waututh) Nations. We are grateful to create and produce work, unobstructed and as uninvited guests on these lands that have been cared for since time immemorial by these host First Nations.

Dumb Instrument Dance is a collage of activities: experiments with choreography, commissioned works and a conduit for other than usual dance actions.

Dumb Instrument Dance is a Not For Profit Society that provides an environment for the research, creation and performance of contemporary dance. Under the Artistic Direction of Ziyian Kwan, Dumb Instrument produces original contemporary works by artists in the dance milieu and actively presents its repertoire through live performances: locally, nationally and internationally. A strong focus on collaborative creation engages artists from across the forms of dance, theatre, written word, visual art and music. Ziyian Kwan is an independent dance artist based in Vancouver, BC. As a choreographer Ziyian has created  works for stage as well as site-specific installations. Her debut choreography, the neck to fall, saw performances at Canada Dance Festival, Tangente, Dance in Vancouver, Studio 303, pushOFF and Dancing On The Edge Festival. She was subsequently commissioned by CanAsian Dance to create s slow awkward which has been performed in Toronto and Vancouver. Her piece Bite Down Gently and Howl, was commissioned and created in residence at EDAM Dance. The Mars Hotel, her collaborative creation with Peggy Lee, Noam Gagnon and Handmade Blade, saw sold out performances to standing ovations at Dancing On The Edge 2015 and was also performed at Dance Victoria and Crimson Coast, and was part of The Firehall Arts Centre’s Season 2016 Season.  Kwan Yin, is a duet that Ziyian danced with her Dad Lihuen Kwan at The Firehall Arts Centre and at Dance In Vancouver 2017. Still Rhyming, which was created and performed with Jo Hirabayashi, is an ode to the prose of Patti Smith, and was performed in 2016 at Vancouver International Dance Festival, at Dance Victoria’s Rough Cuts, and as  part of Simile, the 2017 Season’s Launch for The Dance Centre. Most recently, Ziyian created Public and Private, a full-length ensemble work performed by five dancers and Taiko drummer. In 2019 her solo work The Odd Volume was presented by Dancing On The Edge Festival and The Scotiabank Dance’s Centre’s Dance In Vancouver.

Ziyian was  commissioned by The Richmond Art Gallery to choreograph and perform alongside Lyse Lemieux’s exhibit. She was also commissioned by Simon Fraser University to create All In The Same Boat for eleven dancers enrolled the School For Contemporary Arts. because the world is round and throwing coin squeezing soy have seen repeat performances over the course of two years through partnerships with The Dance Centre, The Firehall Arts Centre, Quartiers Danses and Vancouver Biennale.

As a dancer, Ziyian’s artistry has been indelibly defined by collaborations both brief and extensive. In 2014, she received The Dance Centre’s Isadora Award for her contribution as a performer to the dance milieu.  Since 1987, she has performed the works of an eclectic range of Canadian artists on international stages. She has danced in Austria, Belgium, Canada, France, Germany, Italy, Poland, Scotland and the U.S. with companies and artists including: Vancouver’s Anatomica, battery opera, The Contingency Plan, CO.Erasga, Kokoro Dance, Lola Dance, Mascall Dance; Calgary’s Nicole Mion; Montreal’s David Pressault Danse, John Ottmann, Danse- Cité, parB.L.eux, and Regina’s Rouge-gorge and France’s Projet In Situ, to name a few.

Commissioning other artists has been integral to Ziyian’s creativity. Since 1991, she has commissioned eight works by choreographers Susan Elliott, Peter Bingham, Barbara Bourget, Benoit LaChambre, John Ottmann, Robin Poitras, David Pressault and Angelique Wilkie. In 2005, with John Ottmann and Susan Elliott, she formed Quorum, a collective that produced with Montreal’s Danse-Cite, Social Studies, a full evening of commissions by Paul Andre-Fortier, Benoit LaChambre, Dominique Porte and David Pressault. In 2015 she commissioned with  colleagues Ron Stewart and Anne Cooper, new works by Josh Martin and Tedd Robinson for their show at the Firehall entitled Things Near and Far.

Ziyian takes great pleasure in participating in projects that cross genres. She has been featured in films directed by Bruce La Bruce, Kevin Cottam and Soaring Heart Pictures. In 2006 she danced the central female role in a ‘Sommeil et Rouge’, a dance/theatre production directed by decorated Quebecois playwright and poet, Daniel Danis. Another memorable collaboration was her creation truthache: study # 1 with Visual Artist David Khang for Vancouver’s Brief Encounters Series. Most recently, Ziyian enjoyed performing the work of First Nations artist Tanya Lukin-Linklater at The Western Front and Belkin Galleries.